Not sure if my mate regretted telling me he had a hedgehog living under his playhouse, or rather his daughter’s playhouse I should say! As I’ve never tried photographing hedgehogs before, I spent the next 3 nights lying on his lawn until the early hours trying to capture a photo of it.

Quite indifferent to human activity I soon found I could swap my Nikon 80-400mm for a Nikon 70-200mm f/2.8 as I could shoot from much closer than I originally thought. The broken pot was from my props department as was the ivy. It looks setup but I don’t have a problem with that. Sometimes I like to try and create a photo that looks like something somebody might of painted, with everything positioned just where you want it, a bit unnatural perhaps, but pleasing to look at.

The light came from 2 x 204 bulb LED panels reflected into an umbrella (I didn’t want to use flash), with large batteries attached they last for hours.

The bait used was cat food (and a few mealworms as a treat) and was placed inside the pot. It’s fed regularly so would tour the garden for a snack before venturing out further for the night.

It was taken at 200mm with an aperture of f/2.8 at ISO 3200, this meant there was quite a shallow depth of field. I wanted more of the image to be in focus so I used a tripod and once I’d snapped the hedgehog in place I then shot 23 more images using the focus shift feature on the Nikon D850. These were then all stacked together to make one image that had the entire pot and hedgehog in focus.

I wasn’t sure whether to shoot landscape or portrait, but with the Nikon D850s mammoth file size I went landscape as the file is big enough to be cropped portrait too.

Photographing hedgehogs isn’t easy, they rarely stay still and the low light is a challenge, but it’s very addictive. All being well I’ll be taking some more images plus video in the near future.

Numbers have dropped dramatically in recent years. As a kid, I’d see hedgehogs regularly with one living under our garden shed. Hedgehogs need out gardens, but more importantly they need easy access between them, this is where the campaign Hedgehog Street is helping. Their site has lots of info on Hedgehogs and gives information on how you (and your neighbours) can help by creating hedgehog highways between your gardens. You can even plot your hedgehog sightings on a map!

Check them out at: https://www.hedgehogstreet.org 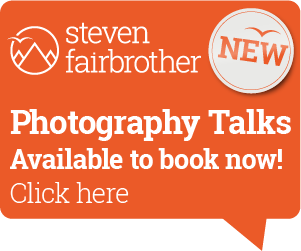